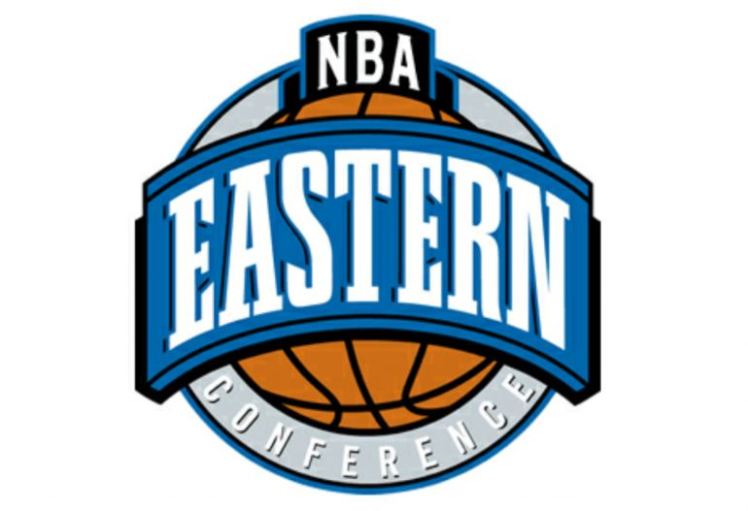 Over the last few weeks I’ve thought about writing a big Eastern Conference breakdown, going team by team and really diving into what makes them tick, but I quickly realized two things about myself that get in the way of making that happen: 1) I’m lazy and 2) I’m not an exes and ohs kind of basketball fan. So, instead of some serious analysis, here’s…

1- The Boston Celtics – are the team to beat in the East. They have a genius coach in Brad Stevens, All-Stars in Kyrie Irving, Al Horford and Gordon Hayward, up-and-coming stars in Jayson Tatum and Jaylen Brown, and a tenacious bench anchored by Marcus Smart, Aron Baynes and Terry Rozier. ‘Nuff said.

2- The Philadelphia 76ers – are the other team to beat in the East. The young core of Joel Embiid, Ben Simmons, Markelle Fultz, and Dario Saric is a frightening collection of talent. Veteran JJ Redick returns to add leadership and shooting. The 76ers are the rising power in the East, they will challenge the Boston Celtics for the top spot in the conference.

3- The Toronto Raptors – fired the NBA Coach of the Year, Dwayne Casey, and traded their franchise cornerstone DeMar DeRozan. These are the moves of a rebuilding team, so why are they still the 3rd best team in the East? Kawhi Leonard. The Raptors season will live and die with the health and motivation of the former San Antonio Spur Superstar. Don’t get me wrong, Toronto has a talented roster. OG Anunoby had a breakout season in the 2017-18 campaign, and showed All-Star potential. Kyle Lowry, while another year older, is still one of the most talented guards in the East, and Jonas Valanciunas is a beast of a big man. If Leonard plays like the superstar he is, Toronto has a legitimate chance of making the NBA Finals.

Here’s where the fun begins…

4- Indiana Pacers – I believe in Victor Oladipo. I don’t think last season was a fluke. I believe he will be better this season. I believe he will be so good that the ridiculous addition of Doug McDermott won’t even phase him or the rest of the team. I believe the sneaky smart addition of Kyle O’Quinn, the often overlooked effort Big who languished on the Knicks bench, will offset McDermott’s lack of defense. I like Domantas Sabonis, son of basketball legend Arvydas, but most importantly, I believe in Victor Oladipo.

5- Milwaukee Bucks – I don’t have a good reason for slotting the Bucks behind the Pacers in this list. On paper they are more talented than the Pacers. Giannis Antetokounmpo alone is better than the Indiana Pacers. So why did I place them lower on the list? I don’t believe in head coach Mike Budenholzer. He gained a reputation for developing young talent in Atlanta, but the team slowly got worse under his watchful eye. Apologists will heap the blame on the front office, which kept trading away talented players for draft picks, but if you look at the 6th overall team in the East you’ll realize that a really good coach can get results even with a roster of meh.

6- Miami Heat – Erik Spoelstra either made a deal with Mephistopheles or is a coaching genius. When Goran Dragic, Dion Waiters, Justise Winslow and Hassan Whiteside are the core of your team and you comfortably make the playoffs? Your coach is a genius. Every single one of these players is meh. Not bad, not good, just meh. Yet Spoelstra keeps the Heat a competitive force in the East. He is the X factor for the team. As long as the roster buys in to what he’s selling, the Miami Heat should comfortably make the playoffs again this season.

7- Detroit Pistons – If Blake Griffin, Reggie Jackson, and Andre Drummond can stay healthy the Pistons will be an above .500 team. That’s a big “if”. The big off-season acquisition for Detroit was hiring Dwayne Casey as head coach. He should be able to get the most out of this aging, and slightly broken down roster.

8- Cleveland Cavaliers – No LeBron? Don’t worry Cleveland, Cedi Osman is here to save the day! NO, SERIOUSLY, Cedi Osman is here to save the day. I’m expecting big things from this second year Euro star of a player. He and rookie Collin Sexton should provide enough energy to propel the Cavs back into the playoffs. Larry Nance Jr., Ante Zizic, and Jordan Clarkson round out the young talent just waiting to breakout from behind LeBron’s shadow. Veteran leaders Kevin Love, Channing Frye, and George Hill will have a hard time keeping up with the young core of this Cleveland team. The Cavs even signed my guy David Nwaba to a one year deal! Don’t sleep on Cedi Osman and the Cleveland Cavaliers! They will challenge the top teams in the East with nothing but pluck and audacity.

9- The Washington Wizards – are spiraling out of control. John Wall is fat and Dwight Howard joined the team. Welcome to basketball hell.

10- The Chicago Bulls – have a lot of young talent, an offensive minded coach, and a front office that hates tanking. The Bulls will make making the playoffs their goal for this season, because they are a team full of competitors and overachievers. This will be a mistake. They will not make the playoffs. They won’t get a high draft pick. They will be forced to make tough decisions regarding Jabari Parker, Bobby Portis, Kris Dunn, and Fred Hoiberg. This season will determine whether or not the rebuild takes 3 years or a decade.

11- The Brooklyn Nets – I like this team. They have a roster full of players with a role they fill and something to prove. The Brookyn Nets are a dangerous group of effort players. They remind me of a less talented Cleveland Cavaliers. DeMarre Carroll, Spencer Dinwiddie, and Ed Davis will out work any opponent. D’Angelo Russell is a potential All-Star if he can ever get his game together. There is talent and experience on the bench too. Teams will have to take the Nets seriously every night, and if enough teams don’t, Brooklyn might eke out enough wins to make the playoffs.

12- The Charlotte Hornets – Have taken some steps backward as they appear to be getting ready for a rebuild. Their is still a lot of talent on the team, and Kemba Walker is still one of the most underrated players in the league, but there just doesn’t seem to be enough of a spark to get them past mediocrity. Who knows? Maybe getting rid of Dwight Howard will give this team new life. With players like Nicolas Batum, Malik Monk, Marvin Williams, and Jeremy Lamb, the Hornets are certainly not a “bad” team. They will just have to start winning games in order to prove to me that they are a “good” team.

13- New York Knicks – If Kristap Porzingas was healthy the Knicks would be ranked higher than 13th. Frank Ntilikina and Kevin Knox are good young pieces to surround Porzingas with. Mario Hezonja was a very good free agent signing, but there just isn’t enough talent on the roster to fill the Kristaps shaped hole in the lineup.

14- The Atlanta Hawks – Have potential. John Collins, Trae Young, Kevin Huerter, and Omari Spellman is a nice core to start a rebuild with. Add veterans like Vince Carter, Jeremy Lin, and Taurean Prince to the mix and you can expect a lot of good things to come from Atlanta within the next 5 years. But not this season. This is a growing pains sort of season, filled with rookie mistakes and players adjusting to the NBA. This is another tank season for Atlanta, and they won’t even have to try.

15- The Orlando Magic – are awful and directionless. They will probably end up with the worst record in the league. Aaron Gordon is a good player, but he is not Michael Jordan. He can’t drag the rest of the bums on this roster anywhere close to the playoffs by himself. ‘Nuff said.