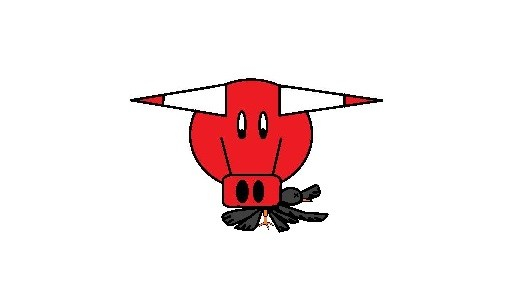 This week, I’ve decided to take a break from see-sawing on the Jabari Parker deal. There is plenty of time left in the summer to second, third, and fourth guess the Bulls front office; now is the time for justice, for wrongs to be righted, for “T’s” to be crossed and “I’s” to be dotted, it’s time this blogger faced the music. In my short time as a Bulls blogger, I’ve shared some strong opinions, I’ve written some outlandish statements, I’ve even made a few BOLD PREDICTIONS. In fact at the start of last season I wrote a post predicting 10 specific things would happen in the NBA, and to the Bulls in particular. Did any of those predictions come to pass? Today we find out in a blog post fittingly titled:

I started that blog with a BOLD prediction: The Cleveland Caveliers would be eliminated from the playoffs before they reached the Easter Conference Finals. It looked like my bold prediction might come true, as the Cavs struggled against the Indiana Pacers in the first round of the playoffs. The series went 7 games, but LeBron James and company got past the plucky Pacers with a 4 point victory on their home court. Next, The Cavs swept the Toronto Raptors in the 2nd round (Toronto has a mental block any time they face LeBron in the playoffs) and were once again in the Eastern Conference Finals. That’s a big 0 for 1 for RokDeez.

My second prediction was of a more pedestrian variety: The Golden State Warriors would win the NBA Championship. They did. The Houston Rockets did take them to a game 7 in the Western Conference Finals but the Warriors prevailed, finishing the playoffs with a sweep of Cleveland and another championship. I’m 1 for 2.

The third prediction was nothing more than a pipe dream: The Washington Wizards would have the best record in the Eastern Conference. They didn’t. Toronto had the best regular season record. The Wizards finished 8th. That means I’m now 1 for 3.

I’m claiming half a point of victory for this next prediction: The Atlanta Hawks would have the worst record in the league. The Phoenix Suns tanked their way to the worst overall record, but Atlanta was the worst team in the Eastern Conference. I’m going to take a half victory. I know I will need all the points I can get: 1.5 for 4.

My fifth prediction was more of a blind guess than a prediction: Kevin Durant would win the MVP award. My logic was flawed from the outset with my presumption that Russell Westbrook and James Harden couldn’t repeat their stellar performances from the 2016-17 season. I was wrong. Both players had great seasons, and when the dust settled James Harden had been crowned MVP of the league. 1.5 for 5.

My last 5 predictions all centered around the Bulls. I kicked things off by heaping an unreasonable expectation on a rookie: Lauri Markkanen would score 40 or more points in a single game. Markkanen had a breakout season for the Bulls. His play during as a rookie made most of us Bulls fans reconsider our initial reactions to the Jimmy Butler trade. Lauri scored a lot of points last year, but he never scored 40 or more in a single game. The most points he scored was 33 against the New York Knicks on January 10th, 2018. I am now 1.5 for 6.

The seventh prediction is the one I am most proud of. It was sooo bold, sooo outlandish, that I am claiming a half point of victory because it nearly came true: The Bulls would lose a game by 50 points.

Prediction 8 featured the no-longer-a-Bull Jerian Grant. I predicted Grant would have at least one triple-double last season. He was very close on several occasions, but never got over the hump (a good way of describing Grants entire time with the Bulls). His best effort was against the Minnesota Timberwolves on February 9th, 2018. He scored 14 points, dished out 11 assists, but fell short of a triple-double when he only scooped up 8 rebounds. 2 for 8, thanks Jerian.

Luka Doncic a Bull? That was my penultimate prediction, Doncic ended up with the Dallas Mavericks after a draft night trade with the Atlanta Hawks. Here’s somes speculation for you-If the Bulls had been able to draft Doncic they probably wouldn’t have signed Jabari Parker in free agency. I guess we’ll see how that turns out. With one prediction to go I’m 2 for 9.

The final prediction: Gar Forman would have his contract extended. There were a lot of rumors at the beginning of last season that this was going to happen, but I couldn’t find a confirmation that it actually DID happen. I have to take the loss on this prediction. Final score: 2 for 10.

As you can see, I am not an NBA expert. I’m just a crazy fan trying to make some sense of the league and team he loves. We’ll do some more predictions for the 2018-19 NBA season and come back next summer to see if I’ve made any progression as a prognosticator. Next week I’ll be back to grossing about Jabari. Hey, did you see the Bulls signed “My Guy,” Rawle Alkins, to a 2-way contract? I’ll talk about that, the departure(?) of David Nwaba, the signing of Antonio Blakeney, and much much more in the weeks to come. Until then, thanks for reading! Go Bulls!