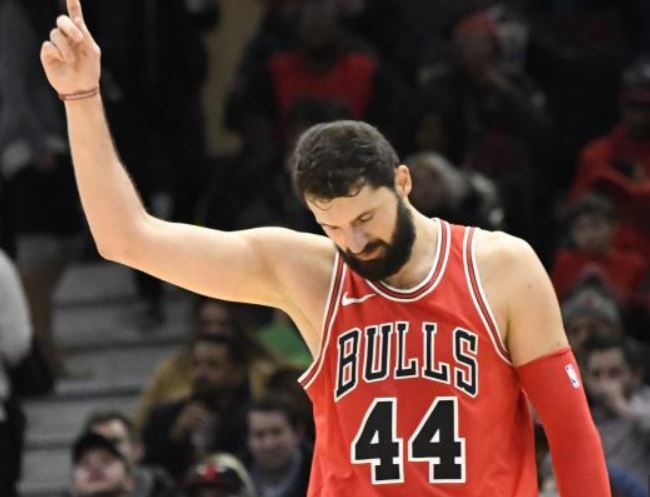 It was a roller-coaster Tuesday for fans of the Chicago Bulls.

Just after 10am, Vincent Goodwill of NBC SportsChicago tweeted this out…

A ton of opinions for and against the trade flew across the internet. I thought it was a good trade for both teams, the Bulls get their cherished 1st rounder and the Pelicans get a player that will help them to the playoffs this year (even after the DeMarcus Cousins injury). Less than 40 minutes after Vincent Goodwill broke the story, ESPN’s Adrian Wojnarowski broke our hearts…

New Orleans and Chicago had a deal for Nikola Mirotic, but it’s fallen apart for now, league sources tell ESPN.

Evidently, the deal fizzled as the two sides couldn’t agree on the details of the trade. The twitter rumors suggest that Niko wanted a sign and trade, guaranteeing his $12.5 million for next season, but the Pelicans only wanted Niko so they could exercise his team option at the end of the season, cutting Niko and freeing up more money to re-sign DeMarcus Cousins. With Niko (justifiably) holding out for his money and the Pelicans unwilling to oblige, the trade stalled… for now.

I will continue to hope that Niko ends up with his buddy Rajon Rondo down in New Orleans, and we fans in Chicago get a 1st round pick and the return of Omer Asik. Maybe Niko or New Orleans will bend in their demands, or maybe a third team will swoop in and help the trade move forward, stranger things have happened with the trade deadline looming.

The Bulls find themselves on a road trip as the All-Star break approaches. Most of the team travels to Portland tonight to take on the Trailblazers. I say most of the team because Kris Dunn remains home continuing to recover from his concussion, and Lauri Markkanen is NOT traveling due to personal reasons (It sounds like he may be out for the birth of his first child, maybe).

The Bulls have been woeful the last few games: No Dunn = No Good. Jerian Grant continues to prove he is not a starting point guard in the NBA, and continues to ignore his teammates in the post. On the bright side, Denzel Valentine has really stepped up as the back up point guard. He has strung together a nice set of games since Dunn went down to injury. He has shown himself to be an adequate back up play-maker and scorer. Over the last 5 games, Valentine is averaging 11 points, just over 4 assists, and nearly 5 rebounds in about 28 minutes a game. Not earth shattering numbers by any stretch, but he does a much better job of running the Bulls offense than Grant.

Point Lauri getting the ball off the screen and drilling the 3. Nice action from Hoiberg. pic.twitter.com/LmVUdPs0Gk

Surprisingly, the Bulls are undefeated (3-0) with Lauri Markkanen out of the line up. I doubt that trend continues on this road trip; I have a hard time believing the Bulls can beat the Trailblazers without Markkanen and Dunn. I hope everything is okay with Lauri and his family, and that he returns to the team quickly. The prospect of watching this team without Dunn and Markkanen is a little worrying, but there is always Zach LaVine to keep me entertained.

Niko is too damn good for this team pic.twitter.com/HWspxAa4Ad

Niko Mirotic may not play in the game against the ‘Blazers. Supposedly, he has a minor leg injury that the team wants him to rest. More likely, they will hold him out of tonights game so as to prevent an injury from happening while they are in serious trade talks for Niko.

With the recent stretch of poor play, the elevated likelihood of a trade, and the absence of young stars, the Bulls find themselves slipping back toward a top 5 pick in this years draft. Perhaps the tank trundles on…